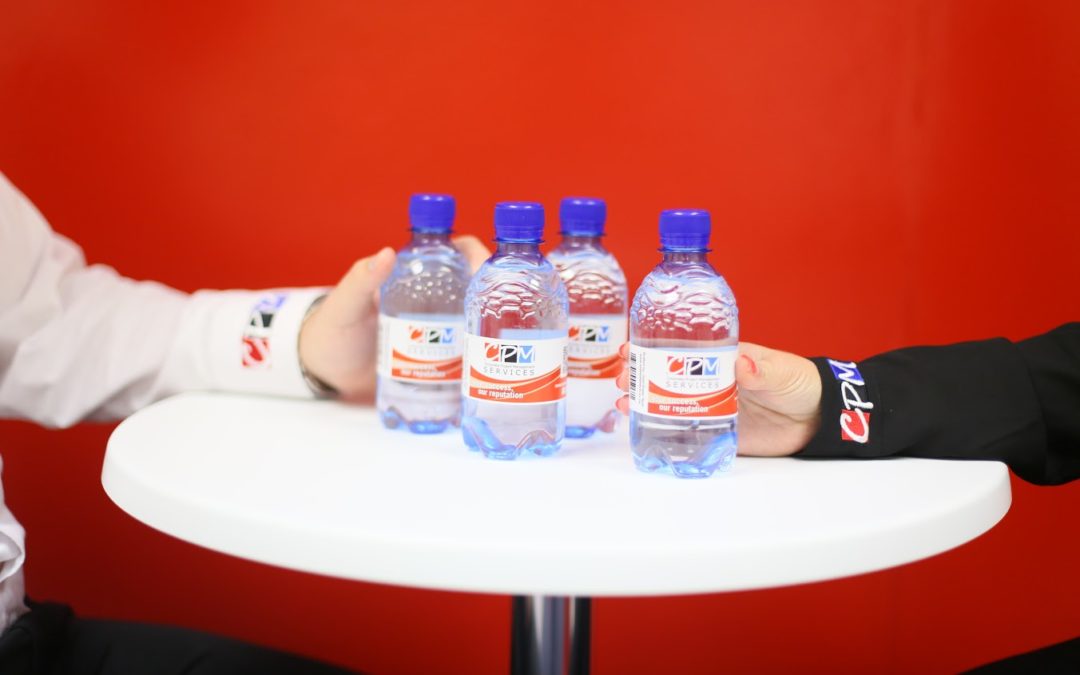 1. What is Alternative Dispute Resolution (ADR)?

Alternative Dispute Resolution or ADR refers to any method of resolving disputes, other than by litigation that helps parties to resolve their dispute. These processes are designed to resolve conflict in a timeous and cost effective method. In addition to this the conflicting parties themselves, often play a much bigger role in the dispute resolution process. This further permits longer lasting outcomes and parties more likely to have improved their relationships with each other as opposed to a judgement being forced onto one of the parties.

Although ADR is aimed at parties resolving the matter amongst themselves with the assistance of an impartial mediator, the parties often choose to have attorneys represent them during mediation. This is of course advisable as long as the parties and their attorneys understand that this form of dispute resolution is not litigation, and that it is aimed at being restorative and not punitive. In short, ADR is a form of negotiation where the desired outcome is for the parties to reach a settlement agreement that is mutually beneficial.

Mediation is a form of alternative dispute resolution (ADR), which can be used to resolve disputes between two or more parties. It is an effective way of resolving disputes without the need to go to court. Mediation is a voluntary process and will only take place if the disputing parties agree to mediation. Typically, Mediation is performed with the assistance of a neutral third party, known as the mediator, who will assist the disputing parties to negotiate a settlement. The mediator is actively involved, but generally has no power to adjudicate or say who is right and who is wrong.

With mediation it is the parties who retain ultimate control over the decision of whether to settle, and on what terms. Lastly, mediation is a confidential process where the terms of discussion are not disclosed to any person outside of the mediation enquiry. The cost of the mediation is most commonly shared by the disputing parties, with the cost dependent on the value and complexity of the matter in dispute.

Arbitration is a more formal process of Alternative Dispute Resolution, but still a simpler and more user friendly approach to conflict resolution. The main difference between Mediation and Arbitration is that the arbitrator will present the parties with an “Arbitration Award”, which will be binding on all the parties, this award could further also be made an order of court.

An arbitrator will listen to claims made, and investigate the statements made by the parties, the arbitrator will ultimately come to a conclusion he believes to be accurate based on the information presented to him, including but not limited to the written statements made and the outcome of his investigation. This outcome is final and the presented to the parties as an arbitration award that is legally binding on all parties.

Although arbitration is considered to an alternative to court proceedings, it is still recommended that disputes be settled via Mediation prior to attempting arbitration.

4. What is commercial mediation?

An added bonus to resolving commercial disputes through mediation is the restorative benefit that both of the disputing parties gain. Business in today’s modern world is all about networking and working with people. Through mediation the relationship between the parties is often restored. This results in the disputing parties being able to continue with their business relationship, in either a reduced or even completely eradicated adversarial environment.

Litigation or going to court is an adversarial process, and makes use of a third party to decide who the “winner” is between the disputing parties. While litigation is or may be necessary in certain situations, studies have shown that the far majority of disputes can be settled via mediation. There are many benefits to mediation, with one of the most pertinent being that mediation acknowledges the “human side” to the dispute. Adversarial forms of dispute resolution are more concerned with the facts presented, which are established from evidence presented (that which is allowed). This results in an “I win and you lose outcome”, which may not be the best outcome for the parties in dispute.

While mediation does not guarantee a specific outcome, it does offer the following benefits as opposed to the typical “I win and you lose outcome” associated with adversarial litigation, namely:

6. Who can start the mediation process?

Mediation is a completely voluntary process and can be initiated by any one of the disputing parties, their representatives or even by the court. In some instances mediation is a court mandated requirement that must be undertaken prior to any court appearance.

Mediation could be, and in most instances should be a requirement for contracts entered into, that were created to cover situations such as employment, sales of businesses / capital equipment and business partnerships.

7. What is the process of mediation?

As mediation is a voluntary process there are no hard and fast processes that MUST be followed by the parties. The mediator will normally set the process and manner of the mediation after consulting with the parties. It is, however, that some form of structured process be implemented with a typical mediation process involving the following:

The Applicant and the Respondent will then be required to submit a statement of events for the mediator to examine. The mediator could then request to interview the parties individually before having the ultimate mediation sessions.

The outcome of the mediation must be reached between all parties as a mediator cannot make a judgement. Once the parties reach an agreement it could be reduced to a contract that all parties must sign, in order for it to be enforceable.

Altough the mediator is appointed by the disputing parties themselves, there are certain skills and qualifications that a mediator should process in order to be able to mediate a dispute. These include but are not limited to the following:

In addition to the above, knowledge and experience pertaining to the matter in dispute will be an added advantage for any mediator.

Short-term insurance is insurance such as accident cover, household cover and other similar items. In business short term insurance would be applicable to machinery, goods-in- transit and etc. This form of insurance is taken out only for the period that cover it is needed. It is a form of risk management primarily used to hedge offset the potential of a contingent loss. Typical disputes that arise are:

The insured is submitting a large number of claims to the insurer, and the insurer is now not prepared to accept any more claims from the insured.

The insured which, in the insures opinion, has overstated their loss in the claim submitted which the insured is disputing.

The insurer is disputing the validity of the loss claimed by the insured resulting from some pre-existing condition, an invalid insurable interest or some other reason.

b. Business buyer/ seller disputes after the sale

i. Restraint of Trade

ii. Turnover not as projected

One of the parties is disputing the addition of costs to the sale that they believe was either not agreed to or that has been added to the sale, but which is in the opinion of the disputing party, never told to them prior to the sale being concluded

i. Defects to the property leased

One of the parties is disputing the condition of the property. The disputing party is usually claiming that what was told to them and what exists in reality are two different things. A good example of this would be where the landlord says that the building is sound, but the tenant is claiming that the roof is leaking badly and was in such a condition before they took possession of the building.

With this type of dispute, one or both of the parties are in disagreement over the refunding of the deposit initially placed, or what amount of the deposit is to be refunded (most commonly found when the tenant has damaged the property in some way).

One of the parties wishes to terminate the current lease agreement prior to the agreement expiring. This usually leads to a dispute specifically if the other party will agree to the early termination, and/or what costs will be incurred as well as how these costs for early termination be paid.

i. Work not completed in time

This dispute involves the finishing of a project or part of a project in the time frame provided. This type of dispute is often found in the construction industry with either a penalty or bonus attached to the early finishing, or late finishing of work. A spin-off of this type of dispute, can also relate to the resultant quality of the work performed due to the time constraints involved.

iii. Damage of property or loss of income due to contractor actions.

The Client in this dispute is alleging that the contractor, due their actions have either damaged the project that they were working on or as the result of the contractors actions the project has not been completed in the manner / time period with the result that the Client is incurring a revenue generation loss. The client wants to claim this loss back from the contractor. This too is a relatively common dispute that arises in the construction industry.

The management of employees has become a specialised field in today’s business world. This is further complicated by the political situation that has resulted in all kinds of labour legislature being proclomated, which has added to the confusion. Labour disputes have become quite a common occurrence nowadays, which is now further aggravated by the fact that these disputes often lead to full blown violent strikes.

i. Restraint of Trade

The main function of discipline in the workplace is “corrective” and not “punitive”. This is not always the approach followed by the employer, who views discipline as form of “keeping his staff in line” or “if you mess with me I will show you”. Disputes often occur over contentious issues which the company views a serious and the employee as inconsequential. If there are unions involved, the dispute can quickly escalate to the point that the rest of the employees get involved and a full blown strike results. Disruptions to the work place will negatively affect the business in so many ways, and with work being so scarce at the moment the employee will “fight to the death” to keep from losing their position. Deadlocking and stalemates are a very common occurrence with these types of disputes.

In this instance an employee is recruited to perform a specific function, however, as the employment relationship develops it soon becomes evident that the employee is incapable of meeting the required performance levels. Alternatively, the position that employee was originally hired for, has now changed with the consequence that the employee lacks the skill set to continue in the position. Illness, age, accidents and other similar events could also render an employee incapable of performing their duties. The company then wants the employee to leave, and the fight then starts as to whether this should happen and more importantly what “package” is the employee going to receive. Similarly should there be unions involved the issue can quickly escalate to a full blown strike.